For many people, especially Millennials, it can be rather tempting to curl up on the couch, grab their TV remote controls, and start binge watching their favorite television series. Binge watching has become the new “in-thing” to catch up on shows without having to wait a week or longer in between episodes.

However, binge watching can ruin a series because it can take away from its original appeal. Most shows have several different levels of storytelling: 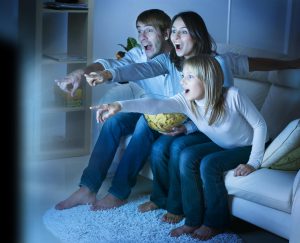 Plus, binge watching can be a major letdown after you finish watching all available episodes. Then, you are forced to wait in anticipation for more new episodes, which, sometimes, are not available until a year later!

By altering your binge-watching habits, you can stretch out your favorite programs longer and get more enjoyment out of them.

By changing your binge-watching habits, you will discover you get more enjoyment out of your favorite programs and look forward to future episodes. For universal and TV remotes and related accessories, call ReplacementRemotes.com at 1-855-5-REMOTE (1-855-573-6683).